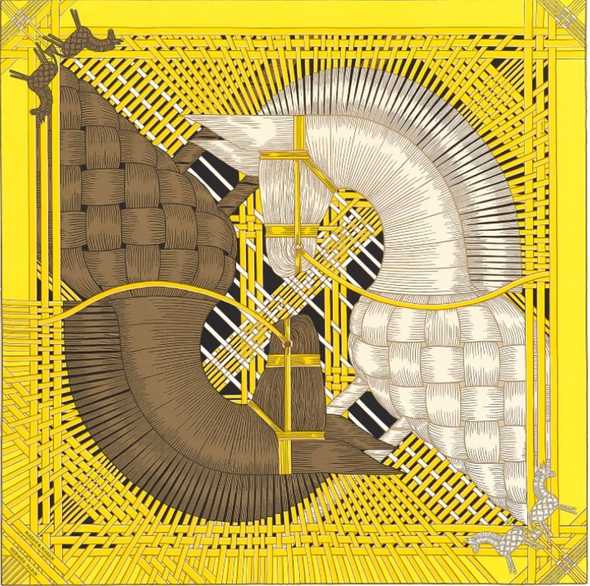 This Autumn set off on a style journey with Hermès’ Masan & Masan scarf, a creation of Thai designer Terawat Teankaprasith, one of the six winners of the Grand Prix du Carré Hermès of 2019. Terawat’s inspiration are the water hyacinths that practically edge almost every river, lake and stream in Thailand. The plants are collected, dried in the sun and woven into baskets, hats, sandals and animal-shaped toys. The Masan, which means “woven horse” in Thai, is one of them. Terawat made the woven horse the central focus of his design for this very striking and majestic piece. Part of Hermès’ Autumn-Winter 21 collection, it presents two woven horses in a face-to-face encounter. The scarf, while paying homage to Hermès’ equestrian roots, also puts into focus traditional Thai hand-weaving know-how. The 90 x 90 cm scarf is in silk twill with the signature Hermès hand-rolled edges.

The Hermès window display while celebrating this first Hermès carré designed by a Thai artist, also revealed the journey behind the creation of a Masan horse (main image). Hermès’ window displays have always been an expression of Hermès’ imagination, the artists’ works, and an attempt at making the onlookers dream of a ‘journey’ of their own. 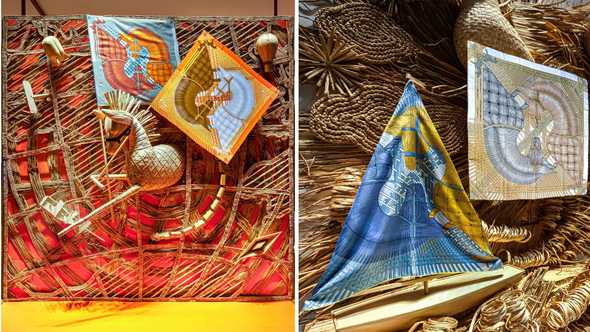