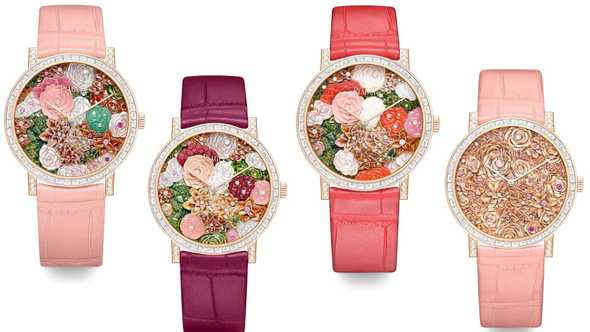 Shakespeare had not accountedfor the Piaget Rose. For this rose cannot be called by another name except Piaget. In the early 1980s, renowned horticulturist Alain Meilland dedicated a new creation with its eighty serrated petals, pale colouring and smooth fragrance to Yves Piaget; the flower won Geneva’s International New Rose Competition in 1982. Yves Piaget. in return, dedicated a whole line to it: Piaget Rose jewellery. A rose that will never wither.

The Piaget Rose was born in 2002 in the Maison’s High Jewellery collections and has continued to bloom ever since. It has now added two new rings and four new timepieces to its bouquet.

Two delicately crafted Piaget Rose rings join the collection in pink and green. Pink for the vibrant colour of the Piaget Rose petals and green for the deep hue of the flower’s foliage. At the centre of each ring is a stunning tourmaline surrounded by gold and diamond buds and Piaget Rose flowers. Each layer of rose petals is meticulously finished and set before being mounted on the ring in an asymmetrical design.

These four new timepieces combine a mesmerizing mix of gold engraving, ornamental stones, glyptic, and enamel. Each of the four dials depicts a bouquet of Piaget Roses, the creation of two artisans: Dick Steenman, a watchmaker, jeweller, gem-setter, and engraver, and Anita Porchet, the watch industry’s most renowned enamel artist. 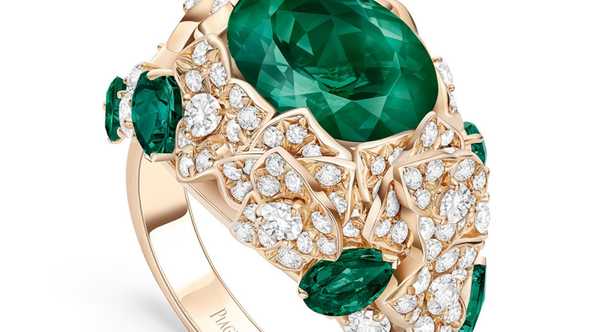