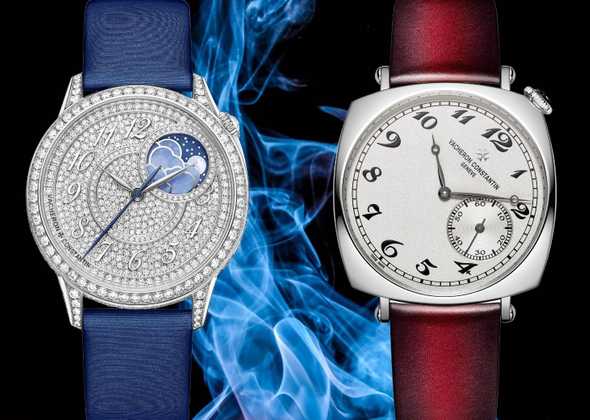 Founded in 1755, Vacheron Constantin is the oldest watch manufacturer in continuous operation. For more than 265 years, it has constantly reinvented itself in keeping with fine watchmaking traditions. Its philosophy grounded on knowledge rather than outward appearance. Constant innovation, a spirit of exploration, passion, uncompromisingly high standards of watchmaking, the transmission of skills are the milestones in its history.

“One of not many” defines the universe Vacheron Constantin has embodied. In celebration of this, Vacheron Constantin has curated an exhibition in partnership with its long-standing partner, Pendulum, at the Hall of Fame in Siam Paragon Shopping Center in Bangkok. The show runs until June 13, 2021, A highlight of the exhibition is the newly launched Égérie collection, entirely inspired by, and dedicated to, women.

TheÉgérie signature is the daring off-centred display, designed around two intertwined circles featuring either the date or the moon phase. Also on show are the Maison’s Patrimony, Traditionnelle, Overseas and Fifty-six collections – with a range of mid to high complications including the exclusive Traditionnelle Tourbillon, Traditionnelle Chronograph Tourbillon, and Overseas Perpetual Calendar.

This year, Vacheron Constantin celebrates the 100th anniversary of an iconic model, the Historiques American 1921, with the theme ‘Classic with a Twist’. It is also a part of the exhibition.

When night falls, the Égérie moon phase diamond-pavé leads the dance in a stunning evening gown. Its case in 37 mm 18K white gold sparkles with 292 diamonds, while the dial deploys its concentric circles amid a shower of 510 diamonds resembling a precious embroidery. An Haute Couture look that brilliantly showcases the work of master gem setters. Framed by diamonds, the arresting sight of the mother of pearl star pursuing its majestic path beneath a translucent sapphire crystal naturally draws the gaze. On the winding crown is a rose-cut diamond. These flamboyant interpretations embrace the wrist with two easily interchangeable night blue straps, one in leather and the other in satin, each secured by a gem-set pin buckle. At the heart of the Égérie moon phase, diamond-pavé is an in-house self-winding moon phase 1088 L movement, with a 40-hour power reserve. The sapphire crystal case-back reveals hand-crafted Côtes de Genève finishes– a 22K gold finely wrought openwork oscillating weight inspired by the shape of the Maltese cross.

In 1921, Vacheron Constantin celebrated the Roaring Twenties with an avant-garde design primarily for the American market. In 2021, the Maison celebrates the anniversary of this icon with two new interpretations of the American 1921 model in white gold. A contemporary take on a legendary watch.In 40 mm and 36.5 mm diameters, the two white gold models are powered by in-house manual-winding Calibre 4400 AS. The straps are patinated calf leather crafted in Milan by Italian leather goods company Serapian.

Designed to compensate for the effects of the Earth’s gravity on watch mechanisms, the tourbillon is considered an iconic horological complication. Often appearing on the lower part of the dial,the tourbillon of the new Traditionnelle tourbillon chronograph takes pride of place at 12 o’clock, attracting all the attention. 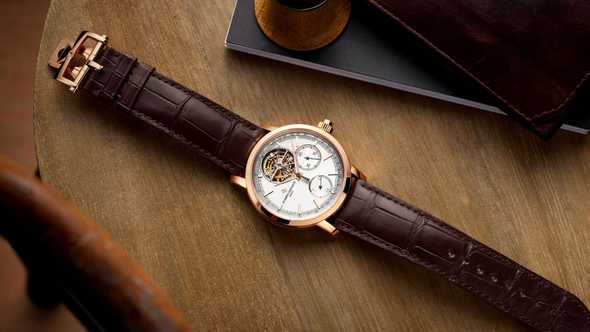