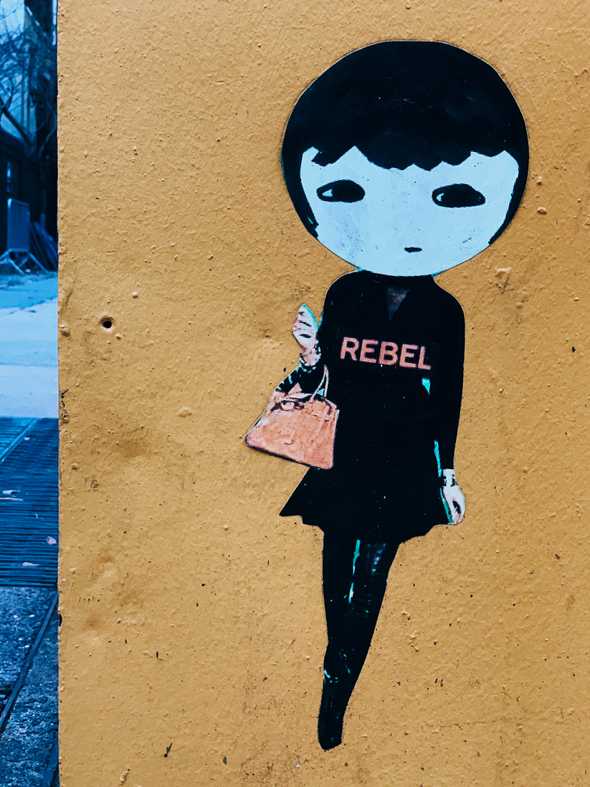 I am only resolved to act in that manner, which will, in my own opinion, constitute my happiness, without reference to you, or to any person so wholly unconnected with me – Elizabeth Bennet; Pride and Prejudice (Jane Austen)

There is a stubbornness about me that never can bear to be frightened at the will of others. My courage always rises at every attempt to intimidate me – Elizabeth Bennet; Pride and Prejudice (Jane Austen)

I discovered my voice quite early. As a child. I learnt to be a feminist at home. I was one of the lucky ones. How lucky, I discovered much, much later.

I am the ham in the sandwich of an older sister and a younger brother. Our house ruled by a career military officer and a homemaker whose quiet confidence anchored our iterant lifestyle from military base to military base. We learnt our ‘feminist ways’ practically by osmosis; internalising the respect with which the parents treated each other as friends, as equals, as partners. Not once though, did I hear the word ‘feminist’ ever being used.

They never looked at their style of parenting as radical, they were just being logical and respectful. No ‘gender appropriate’ paths were chosen for us. But some things were non-negotiable. Like learning basic life skills: cooking, sewing, changing the wheel, cleaning spark plugs sort of stuff. You must be able to depend on yourself, we were told. For some reason, embroidery and knitting were thrown in too. I guess that was just their idea of a joke. But my mother still uses tea towels embroidered by my brother.

It was at home I learned to make up my own mind about everything: from what I wanted to wear, to the books I ‘needed’ to buy on our monthly visit to the bookshop. Books were everywhere, both parents were voracious readers with vastly diverse tastes opening us to a world of ideas and thoughts. It was in the bookcase at home that I encountered Elizabeth Bennet as a pre-teen and fell in love with Jane Austen. My well-thumbed copy of Pride and Prejudice still sits in my bookcase. Elizabeth remains my favourite character: smart, sensible, strong. She was the second, no third, feminist I encountered and got to know well. The first two being my parents. It was in the same bookcase I encountered Ian Fleming, Barbara Cartland, DH Lawrence,Hemmingway Simone de Beauvoir, Voltaire, Machiavelli, Balzac, literary classics of all sorts, history, military campaigns, thrillers, science fiction and the world at large.

Through school and college in the choice of subjects and later career path, I made my own decisions, while many of my friends had their choices made for them, journeys mapped out and partners found. Opinions – of the extended family or the ‘society at large’ – on any of our choices, or even our fashion sense (read skirt lengths) were filed away in the ‘So this happened today’ file.The file came with a caveat: stop, listen (there might be something in it), evaluate, use or discard. Learn to challenge, we were taught, never accept status quo. We learnt to speak up, we learnt to stand our ground.

When I abandoned a chosen career path to become a newspaper journalist, I wasn’t second guessed, ever. Journalism with its huge dose of toxic masculinity would have been a challenge if not for the start I had. Have I always got it right? No. But as I continue to navigate the world, I thank my stars; few among my friends had the privilege of quietly empowering parents who gave the greatest gift of all – a level playing field and respect for you as an individual. I married a man with a similar life experience and similar views on empowerment. As I underline my luck, I know, it didn’t all happen by accident.

Mine is not a story of an earth-shattering fight for gender equality, it is instead an essay in how crucial the right start in life is. One may even call it self-indulgent as I underline my luck in the face of those who have had to battle it out for the smallest of freedoms. But it is a story of a couple that got it right. Though surrounded by toxic patriarchy, they chose to be enlightened parents, chose to create an empowering environment for themselves and their children. Not once did they hit the streets with placards. They did it by being them. We, my husband and I, hope to pass this on just as seamlessly to the next generation. It’s a gift that one must ‘pass it forward’. For a better world.

In honour of International Women’s Day, this is a shout out to everyday empowerment. Every small act of victory. So #ChooseToChallenge gender bias and everyday inequality. Choose to raise feminists. Choose to empower society. Choose to stay alert. Choose to create your own reality. And choose to do it quietly, if that’s your style. But just do it.