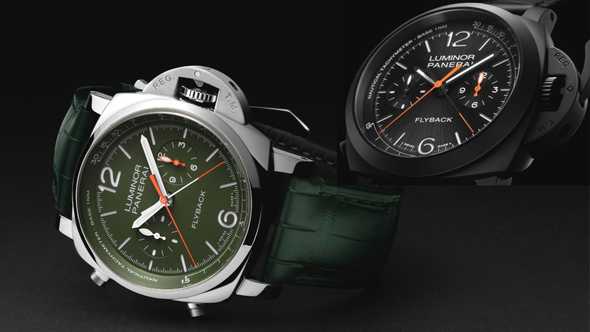 #Vacheron Constantin’s majestic duo is focused on the tourbillon, a mechanical system as complex as it is fascinating. Featured here are the Traditionnelle Tourbillon and Traditionnelle Tourbillon Chronograph. The Maltese cross Traditionnelle tourbillon is technical sophistication in all its feminine glory. The first Vacheron Constantin self-winding tourbillon in a lady’s watch has a round stepped case, a discreet bezel, a fluted case-back, a rail-track minute-circle, slender hands and baton hour-markers all set in a 39 mm diamond-set pink gold case. The Traditionnelle Tourbillon Chronograph in pink gold combines two Fine Watchmaking grand complications: the power of the single-push chronograph movement and the sophistication of the tourbillon. At 12 o’clock, the tourbillon cage, its shape inspired by the Maltese cross, is set in motion by an intermediary wheel on the seconds display, allowing for a larger opening on the mechanism. At 6 o’clock is the power reserve indicator with the 45-minute counter at 3 o’clock. A tachymeter scale is along the edge of the dial, complementing the railroad-style minute counter.

#Zenith is giving new expression to Haute Horlogerie with the Defy Zero-G and Defy Double Tourbillon in transparent sapphire cases ensuring that the movements are visible from all angles. Like an object suspended in space and free from the effects of gravity, the off-centred dial of the Defy Zero-GSapphire combines several traditional crafts in a contemporary execution, handcrafted in a mosaic of meteorite, aventurine glass andgrand feuenamel on a gold base. It depicts Mars on the small seconds, partially eclipsed by the hour and minute dial. The main plate and bridges of the movement are finished in a blue tone with contrasting grey rhodium chamfers, dotted with white stars of varying sizes. The Defy 21 Double Tourbillon is the fastest tourbillon chronograph around – equipped with two independent tourbillons completing rotations in 60 seconds for the time-keeping tourbillon and 5 seconds for the chronograph’s tourbillon. This is Zenith’s nod to the universe and space exploration. The main plate of the movement is in a striking blue PVD tone, and in a first for Zenith, some of the dial-side bridges are engraved with stars, like a distant galaxy of micro-mechanics in perpetual motion. The 1/00th of a second chronograph moves at incredible speed, juxtaposed against a still, starry backdrop.

#Greubel Forsey delivered what its collectors wanted: GMT Sport “Sincere Fine Watches Special Edition” in full orange. To highlight the sports ethos of its GMT Sport, the Chaux-de-Fonds based atelier has developed an even livelier, edgier, and more contemporary version in a strictly limited edition for its Singapore-based partner Sincere Fine Watches. Orange is a rare colour, little used in watchmaking or Greubel Forsey’s usual palette. So a good dose of audacity was needed to clad the oceans and seas of the Earth, positioned at 7 o’clock, in a bright shade of orange. In 1929, poet Paul Éluard wrote that “The Earth is blue like an orange”; almost a century later, his words have come true. Greubel Forsey has woven the colour metaphor into its entire composition: on the internal bezel, the tips of the hours and minute hands, the crown, the engraving on the pushers, the hour markers, power reserve, and 2nd-time zone GMT indication. Three strap options: the first in textured orange rubber; the second in a brand-new ultra-light titanium integrated bracelet decorated with polished, matte, and frosted finishes for a sophisticated look; and finally, a traditional black strap. 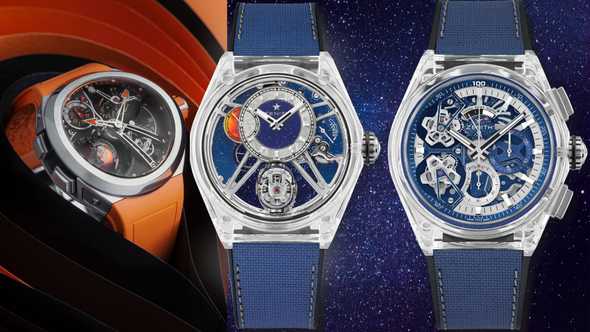